An Obituary: The Death of Modern Western Pop Music 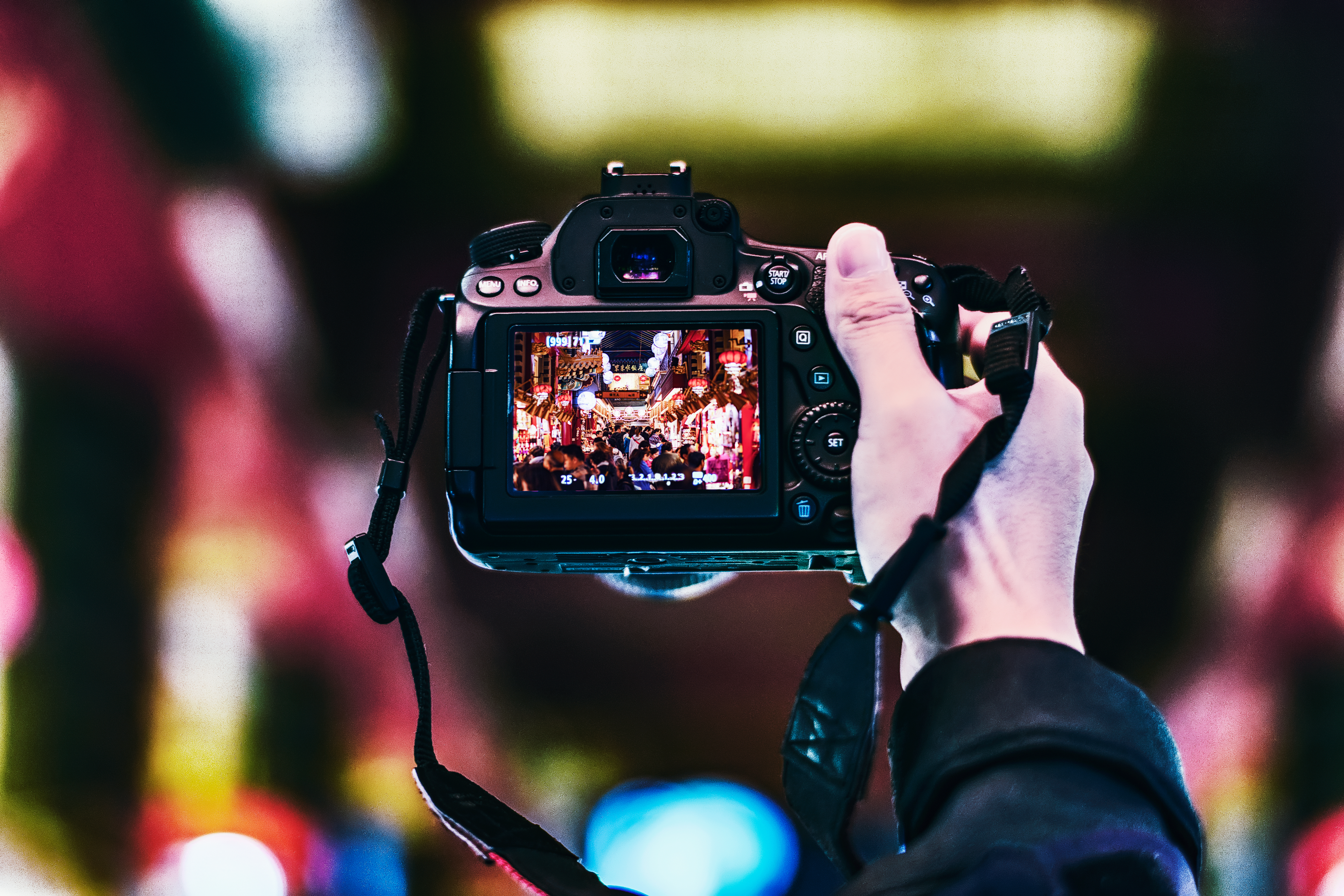 It is with deep regret that I wish to inform you all of the untimely (but blatantly obvious) death of modern Western pop music.

Sadly, ‘Pop’, as he was affectionately called, was ill for some time, and no one seemed to notice when he finally swelled up.

‘Pop music’ was famous for bringing us many great hits throughout the decades. Some of these “hits” date back to the 1940s, and for decades there were many memorable songs from the 50s, 60s, 70s, 80s, and 90s.

One can even dare to say that the popular music of each era and from other parts of the world (Renaissance, Baroque, Classical, Romantic) has also withstood the last test of time, with the works of numerous composers being studied and performed to this day. from today. .

But something strange has happened since the dawn of the new millennium. Nobody noticed at first, but by the end of the next decade it was painfully clear.

There was no more innovation or originality. In fact, most artists, regardless of musical category, started to sound the same, as if all these musical groups were manufactured in the same warehouse. It didn’t matter if you were pop, dance, electronic, hip-hop, or rock ‘n roll (though I doubt the latter two actually make it onto a mainstream radio playlist), all the music had the same flow, the same chord progression ( I, V, vi, IV), the same breaks, dynamics and almost all the singers sounded exactly the same to each other.

It was terribly formulaic. It was too obvious not to notice, but there were no screams for change.

Everyone seemed deaf to what was playing.

This writer believes that death was caused by three culprits, almost like the three legs of a good chair. But like anything else after a while of wear and tear, the legs of this musical chair started to rot and there was no carpenter to fix the problem so the legs wobbled and the chair eventually collapsed.

The three legs were: Label, Radio and the Artists themselves.

Record labels emerged in the mid-1920s as a way to record, produce, market, and distribute the music that was happening at the time. There were departments of A & amp; R (Artist and repertoire) who scouted for new talent and developed a list of artists / groups who would ‘sign’ with that label and sell records to the buying public. But sadly, record executives have gotten greedy and lazy over the years and have all but shut down their A & amp; A. The bottom line is that, as an artist, you have to have it all, ready to go for a label to jump on your bandwagon. And you have to be able to sell. If you are not cute, sexy, young or fashionable with whatever the latest trend is, then you will not sell. It is that simple and crude. A label is nothing more than a bank now and they want a great return on their investment. And the artist is the investment. The top three labels left now (because the others were eaten up over the years) couldn’t care less about actual music than a bank cares about helping low-income people get a loan.

In its infancy, radio helped raise awareness of a new and trendy music that was taking the world by storm. The first broadcast of news by radio occurred on August 31, 1920, and musical performances began to be broadcast shortly thereafter. The new music in vogue had no name yet, but all that was about to change.

America was sitting on a gold mine, and along with British kids, musicians took blues and jazz, mixed it up, and put their own spin on it. The next thing you knew, Rock n Roll was born and the music of the late 40s and 50s had strength and VOLUME.

Rock n Roll brought the music of the worker to the door, gave rise to many subgenres: Heavy Metal, Indie, Alternative, Grunge, Shoe-Gaze ​​and Pop, all owe their lives to Rock n Roll. It is worth noting that each subgenre had its own children, so we can say that Rock n Roll had many children and grandchildren.

For a look at the kids Rock n Roll will leave behind (courtesy of Wikipedia, just head over to Google).

But jazz and blues also had another offspring at the same time: R&B, a term sadly coined to differentiate African-American music from Rock n Roll. Absurd and truly racist, but it is a term that ‘stuck’.

Thus, jazz and blues leave behind two children: R&B and Rock ‘N Roll. They both had their fair share of radio broadcasting in the early days. Both boys helped make Pop what he was.

But, as the story goes, a thief arrived: Payola.

Thanks to the labels, they made sure that the ONLY content on the radio was theirs. Soon, mainstream radio was nothing more than paid advertising for a label. If you don’t believe me, turn on any Top 40 main station and leave it on for a day or two. The station will play a handful of songs at least five times a day. So there are only a couple of songs on the radio to be broadcast? It doesn’t matter, there are hundreds of thousands of musicians / artists / bands all over the world, only a handful of songs are played on mainstream radio.

Which brings us to Artists: It seems that most artists these days all want to be famous and rich (if that’s possible with the label and the entertainment lawyers who own it all. And instead of writing some substance creative, most pop artists today are for instant hit. The term one-hit wonder can’t be applied to them because the terrible hits keep coming. They should change the name from ‘Artists’ to’ Clones out of the box ‘because in almost every genre of music there are some that mostly sound / look exactly the same.

And then came the worst part: the disease to end it all: Autotune (the device that turned a terrible single into a star)

Together these three along with their man-made illness helped bring down the pop music industry.

Sad no one saw it coming, maybe something could have been done.

But it’s too late, and now it’s just the memories of when music used to mean something.

But do you remember any pop songs from the new millennium?

I sure can’t. And for the most part, I don’t want to, it’s that terrible.

Rest in peace, dad, we have fun for a bit. 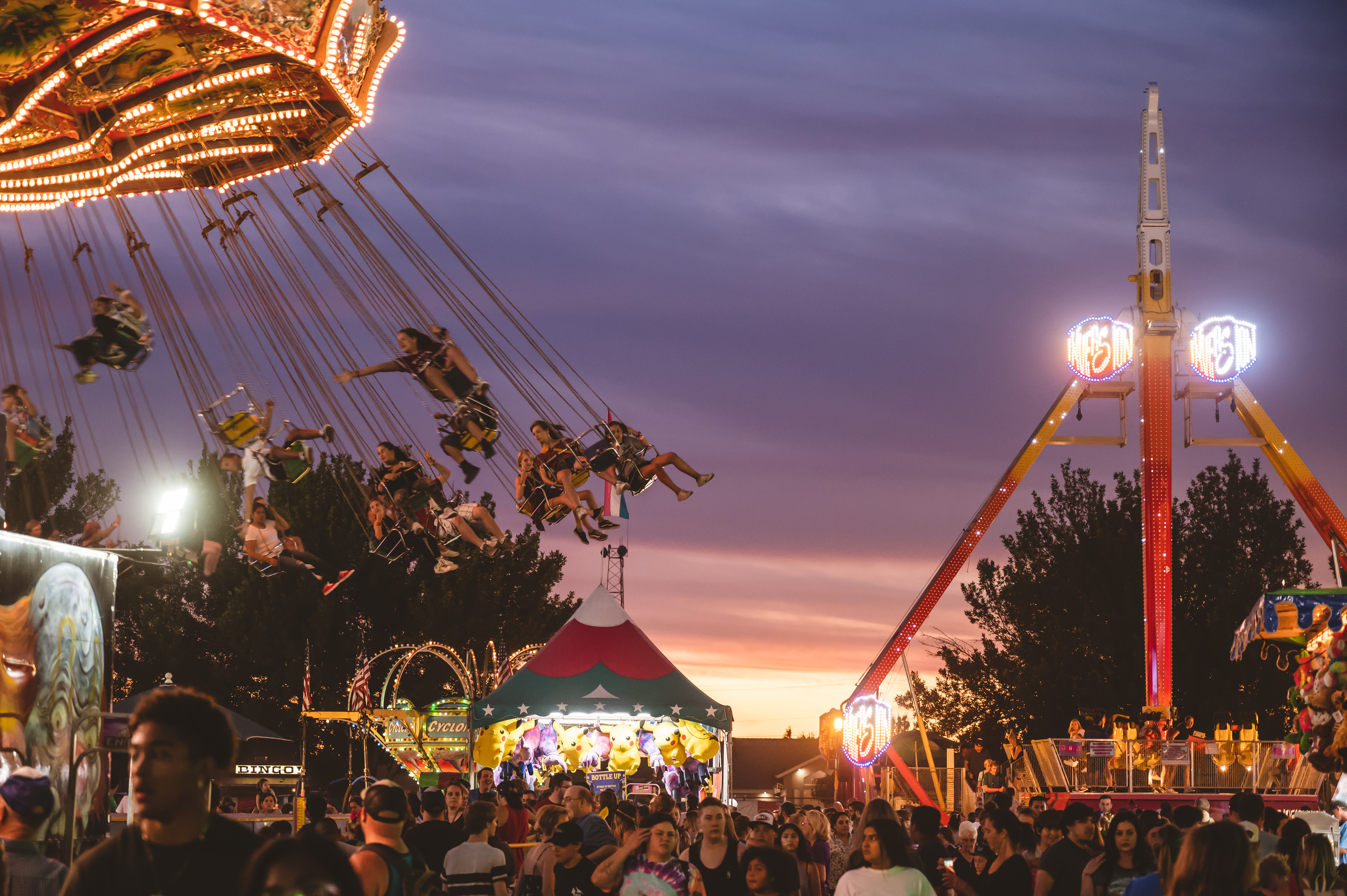 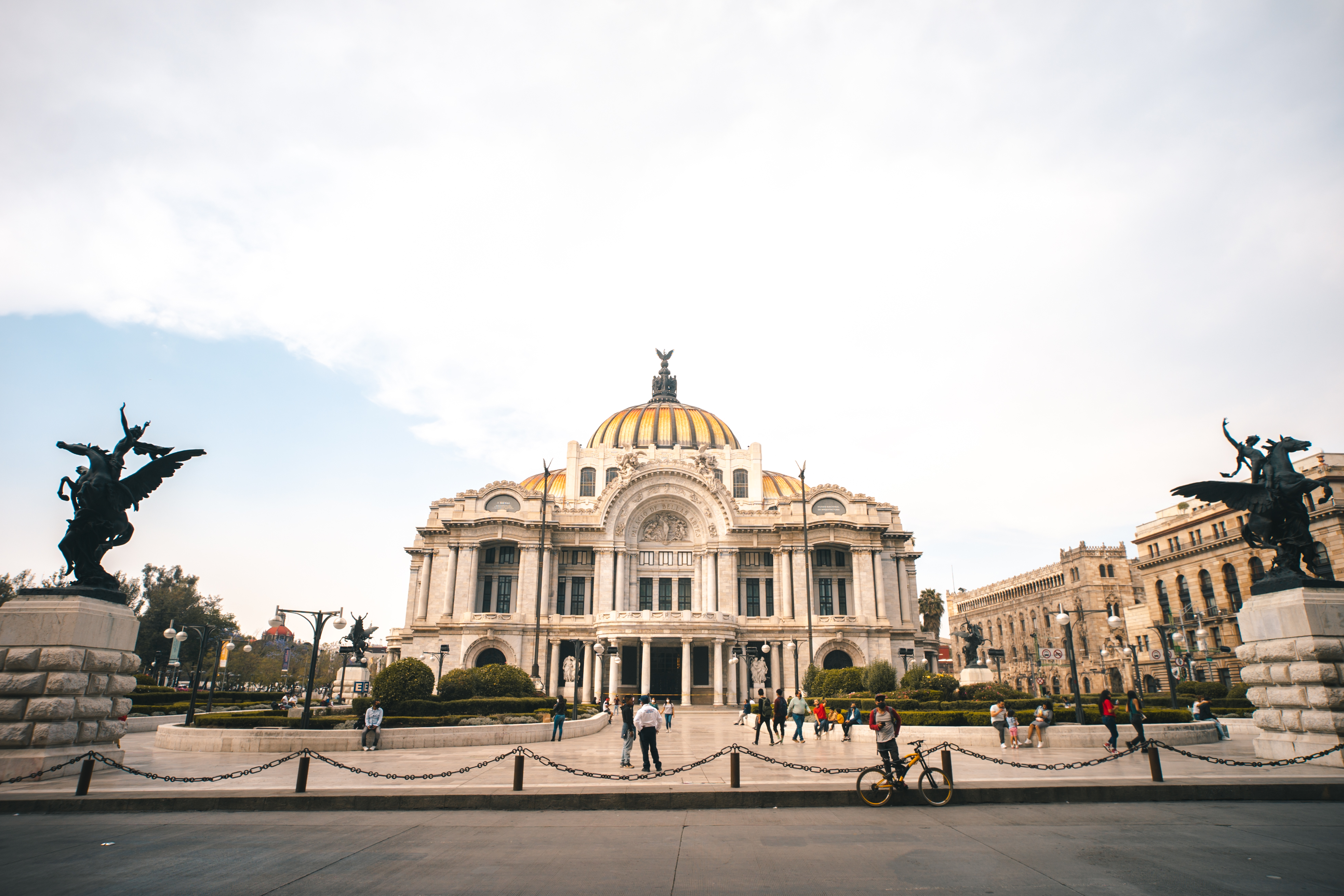 How To Pick Up Girls During The Cold, Gray And Stay-at-Home Winter Season 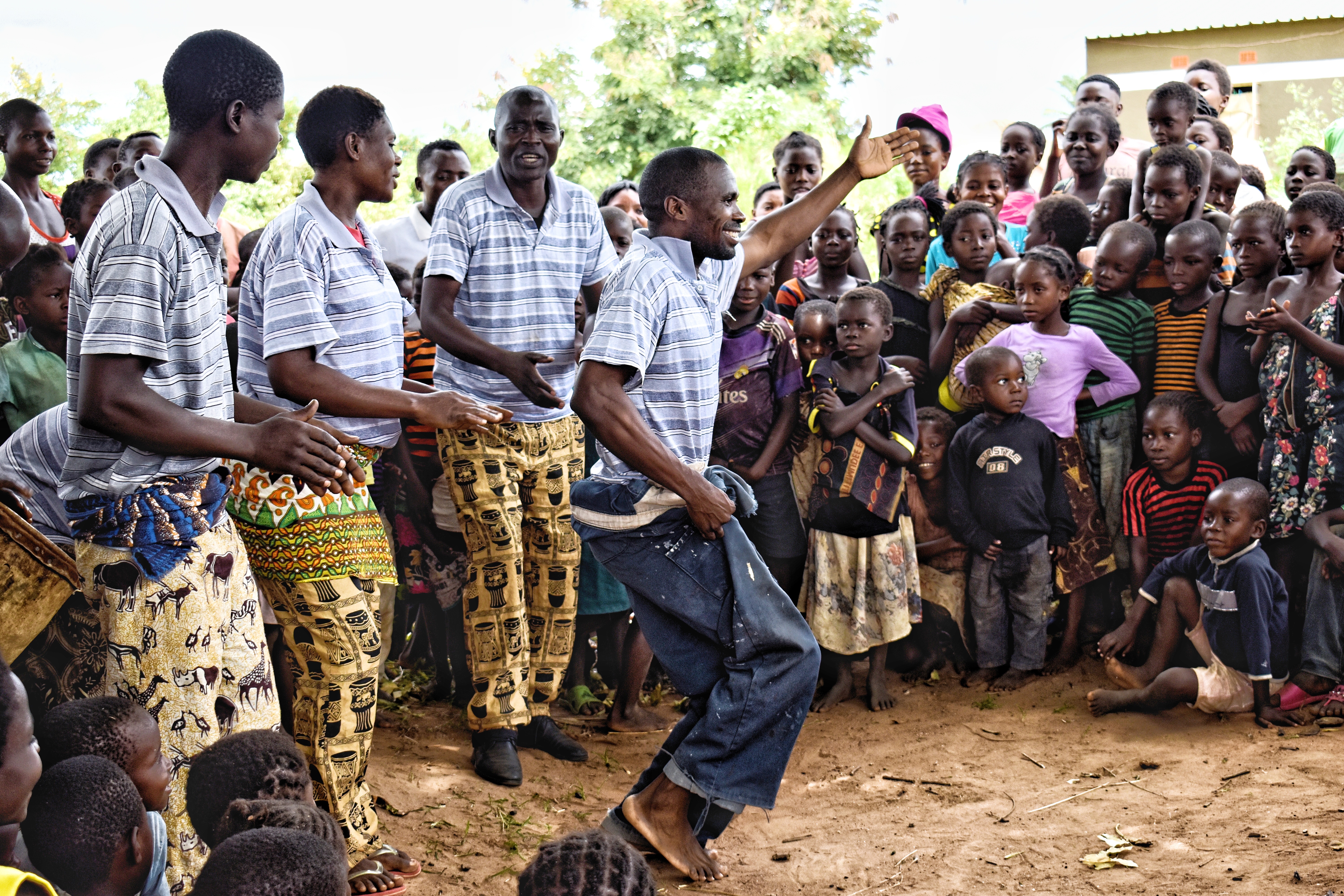 Four stupid things people say when they are suffering misfortune